Kotorino, what was the philosophy of your group in the beginning and has that changed over time?

All the groups I’ve been in before starting Kotorino have been collaborative. All the players had an equal stake, equal voice and took part in the band duties as well as the direction; and that’s how I assumed Kotorino would be. But living in New York City, it’s a given, we all have busy schedules. Musicians have other bands that they might be leaders of, there’s no luxury of time or rehearsal space to organically develop a situation where group collaboration can occur (at least not with me and the type of music I had in mind–this is not free jazz).

​People came to the first rehearsal I had set up looking for me to tell them what to do. I wasn’t prepared for that. So I started making charts, I wasn’t expecting to be the arranger but I realized it’s what was needed, it’s what a bandleader does. Of course, being great musicians, they took those charts and added their own personality and experience, and really put some life into them. I’d never been in the role directly telling people what to play. My nature is to be more egalitarian, but what was (and still is) needed is a benevolent yet firm direction to get behind.

​Can you share with us a short story of how Kotorino was formed and maybe a few words about all musicians who are part of it?

The story is boring: trial and error through a few Craigslist ads, (the only thing I knew I wanted was there to be a tuba). I would write some instrumental songs so we’d have something to do and some lyrics so people wouldn’t get too bored listening. I thought eventually someone else would sing and someone else would write lyrics. After a few months I gave up on Craigslist and asked friends, relatives, and relatives of friends–anyone that I liked personally who played something. People drift in and out of the Kotorino orbit. Right now we have eight regular members including myself:

Jerome Morris (drums) he’s my younger brother. It’s the best thing in the world to be able to play music with him for the twin reasons that he’s a wonderful musician with a great sensibility and he’s my fucking brother and we get to be on stage together.

Stefan Zeniuk (reeds) heads his own inspiring band Gato Loco and I’m very fortunate to get to play with him.

Mike Brown (bass) a solid individual, friend, great player and composer, plays in many interesting projects, and I’m lucky to get to spend as much time with him as I do.

Patricia Santos (cello, vocals) is a talented cellist and vocalist, she heads The Whiskey Girls as well as her own solo project.

Estelle Bajou (violin, vocals) a wonderful musician, actress and free spirit, she’s been on the road with the touring company of Once The Musical, recently put out her own album,  writes poetry and paints, a true renaissance woman.

Ellia Bisker (uke, vocals) as well as leading her own amazing large band Sweet Soubrette, she sings and writes lyrics for The Funkrust Brass Band, and we co-lead the noir duo Charming Disaster; our resident overachiever, she’s been an inspiration and motivating force.

As you can see this is almost a band of bandleaders. We have several other members spread out across the country that we play with when we travel or join us here in NY when they come through: Mark Kaufman (drums) and Melissa Santos (sousaphone) in San Francisco, Jeannie Schroder (tuba) in Denver, Liz Prince (tuba) in Baltimore, Caroline Ritson (musical saw) in Hawaii, Rob Garcia (drums) in Park Slope, Brooklyn. 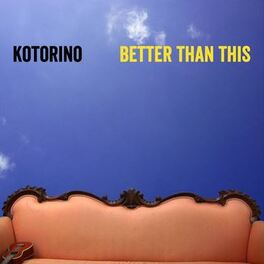 It seems like everyone in the group has a great time making music Kotorino style. What’s secret behind this harmonious relationship?

As you can see from the above answer, there are a lot of people and a lot of moving parts to this operation. It wouldn’t work at all if the people involved didn’t get along, which is much more important than musical chops, fortunately there are both.

What I try to do is provide enough structure where everyone has a job to do, and everyone can get something out of the activity, whether it’s not having to be a bandleader for a night, or playing an instrument you don’t get to play as much in their other projects, or getting to sing harmonies, or the social connection of working together to perform something an exciting way.

It’s never like you think it’s gonna be – how is it being part of Kotorino?

Being in this band, for me, has been one of the great joys of my life. The rich relationships that have developed, turning an idea into a fully realized arrangement with some of your best friends by your side, all playing together - there is no verbal language that can express that feeling.

Kotorino –  Your music is really fun, memorable. Life, love, death and those abstract things are what you sing about. And the attitude seems to be “I ain’t no clown but I loves the circus?” or is it something else?

“I ain’t no clown, but I loves the circus” was a quote from sculptor friend of mine which perfectly sums up the attitude of the band. Work hard, retain an awareness and enjoy the things we can’t control.

Who are Kotorino’s favorite artists who inspire you?

Every single one of the artists involved in Kotorino inspire me. I can’t speak for the rest of the band. I’m inspired by people who can have a rich creative life and live in New York City with its high rents and low available square footage and who explore possibilities between the need for stability and the need for expression.

There’s a little angel and it’s singing just for me – When is that angel heard most?

That song is about tinnitus. My ears ring all the time. When I have a good attitude, it’s the high-pitched frequency of life reminding me that I’m taking part in the flow of time and causality. When I have a bad attitude, I think that I’ll never experience silence again.

Who is the Kotorino audience? And for those who have never seen you live, how would you describe your concerts?

We have a small group of fans. But for the most part when we play, there’s a large percentage of people in the audience who’ve never seen us. And what they see is a group of people on stage playing their hearts out and smiling.

What are your some of your plans for the months ahead?

We are planning to go into the studio with the great Don Godwin in late November to start recording our next album. I would love to head back out to the Pacific Northwest to play some shows in the Spring.
Tweet