Baltimore is our first stop in a cross country road trip to meet amazing artists, experience awesome events and see cool venues where people gather to discuss, celebrate and enjoy life. Baltimore is the city that reads and that's the first thing we were told by Elissa Brent Weissman, an award-winning author. Then there is Baltimore Symphony with Marin Alsop as the Music Director and exciting programs with a wide range of musical offerings for locals and visitors alike. For a quick break, stop by Golden West Cafe. It’s highly recommended by another Baltimore writer, Dan Fesperman who says that writers really help each other out and collaborate in Baltimore. The love for good books, good music, good food starts early in the charm city. That’s why there’s Red Canoe Café & Children’s Books, a cool spot you have to check out especially with little ones in tow. Plan a visit to An die Musik Live, the Classical, Jazz, & World Music Concert Venue. Keep in mind that the Baltimore Center Stage premieres and presents wonderful works by some of Baltimore’s incredible playwrights as well as other renowned playwrights. Another cool venue is The Reinstitute to which we were introduced by Rod Malin, Director/Founder. This is a an organization and venue that offers artists the space and opportunities to explore and share their works with their audiences. Baltimore is on the radar because of the art, the people, the spots that make it fascinating any time of year… ​

​The State Theater of Maryland

Hi, thanks for reaching out.

While Baltimore is home to many incredible playwrights, Baltimore Center Stage pulls nationally when selecting our works. Today, February 7th, Skeleton Crew, written by Dominique Morisseau opens and is a part of the Women’s Voices Theater Festival. In May we are pleased to present the world premiere of SOUL The Stax Musical, which will feature the music of Otis Redding, Isaac Hayes, Wilson Pickett and many other soul music pioneers. That production is written by Matthew Benjamin and will be directed by our outgoing Artistic Director Kwame Kwei-Armah.

...member of the League of American Orchestras

What are some highlights of programs planned for the upcoming months?
​
We have a number of exciting programs coming up at the Baltimore Symphony Orchestra both at the Meyerhoff Symphony Hall in Baltimore and at The Music Center at Strathmore in Bethesda, MD. In February and March, we present classical, Pops, family and movie-with-orchestra concerts that will offer something for everyone. Our Associate Conductor Nicholas Hersh leads a family program that includes new hip-hop narration to Camille Saint-Saëns’ Carnival of the Animals on February 10, and Music Director Marin Alsop leads an “Off The Cuff” presentation of Stravinsky’s The Rite of Spring on February 23 and 24. “Off The Cuff” concerts are shorter-format performances that include commentary from Marin about the history of the piece on that evening’s program as well as a question-and-answer session with the audience afterwards. We are also presenting Harry Potter and the Prisoner of Azkaban in Concert March 2-4 — audiences love watching the movie while the orchestra performs the score live.

The Music Center at Strathmore in Bethesda, MD

​Who are some of the guest artists that will be soon performing with the BSO?

There are several outstanding artists who will be joining us in the coming months. The spectacular pianists Joyce Yang and Nikolai Lugansky appear on our classical programs and legendary saxophonist Branford Marsalis joins us at the end of February, performing 20th-century French works.

Our concerts also feature plenty of Baltimore-based talent, including hip-hop artist Wordsmith, who wrote original narration for Carnival of the Animals, as well as the Baltimore Choral Arts Society and our own Principal Clarinetist YaoGuang Zhai performing Weber’s Clarinet Concerto in E-flat Major.

​The Jazz scene in Baltimore is like many other cities, lots of bars offering live music but An die Musik Live is totally different. We are a 75+ seats not-for-profit concert hall and we are purely a listening room. We have an amazing 7' Mason & Hamelin piano. The bigger the name of the artist will always draw a large audiences.
We are honored to be named by the Downbeat, Baltimore Magazine and Baltimore City Paper. We thank all our patrons and the artists for their support and believe in An die Musik Live. 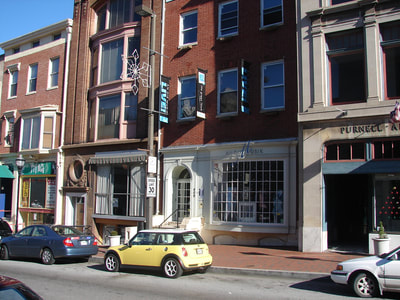 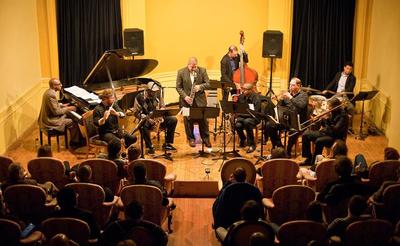 These are a couple photos from our most recent exhibit, Not on View: Re/Activating the Archive and its A/Effects

We are looking forward to activating our online portion of THE REINSTITUTE RESEARCH ARCHIVE & LIBRARY, launching in February. The Research Archive operates as a record of affects and histories surrounding research base artist’s practices. The archive will provide a breadth of resources, as we continue an active dialogue regarding empirical and theoretical approaches to the Self-Organized - as a site for counter-narratives of resistance and solidarity. 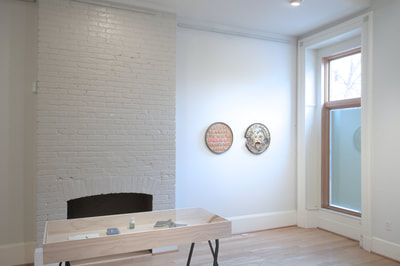 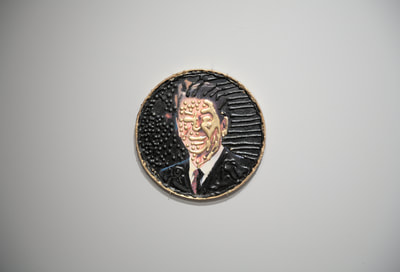 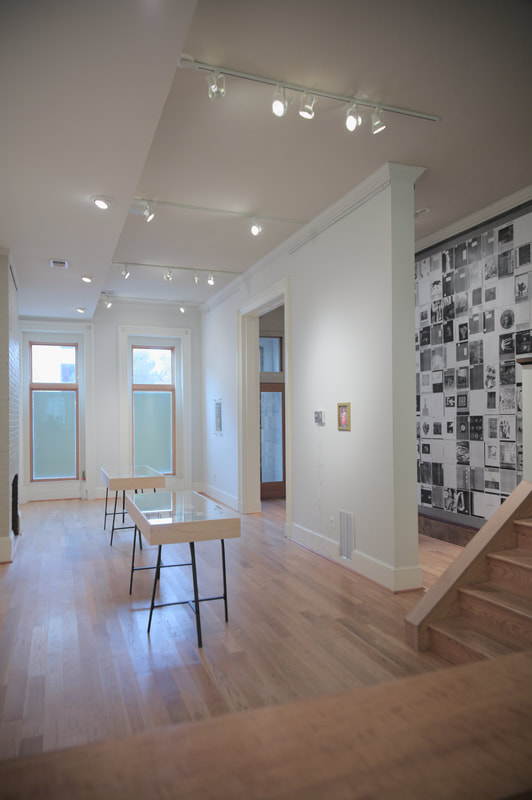 Hello from the City that Reads

Baltimore is a city of neighborhoods, each with its own personality and charm. As a children's author, nothing represents my Baltimore better than this photo from my daughter's kindergarten graduation from our neighborhood public school. I love that it shows some classic Baltimore row houses, the hint of the downtown skyline, and most of all, the people from all different backgrounds and experiences who call this city home.

Dan Fesperman’s 11th novel, to be published in July by Alfred A. Knopf

...One pleasure of being a writer in Baltimore is the community we’ve built without even the slightest hint of effort or organization. We tend to come from newspaper backgrounds and university faculties, and, like subatomic particles, we bounce and ping within a limited space, making bonding and beneficial chain reactions inevitable. Case in point: Novelist Laura Lippman, with whom I worked at The Sun, was generously instrumental in helping me find an agent. Case in point #2: David Simon, the former Sun cop reporter who happens to be married to Laura, has become a de facto employment agency for local writers in creating acclaimed shows like “The Wire” and “The Deuce.” Bunches of us have learned the craft of TV writing with his guidance. Case in point #3: Michael Downs, a Towson U English professor whose first novel will be published in May, became my friend and basketball buddy because our spouses once worked together at the News American. Keep all this in mind next time you hear some local refer to this city as “Smalltimore.” We say it with love, not shame. 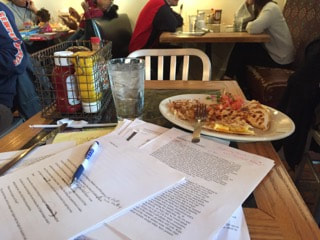 This photo is taken at Golden West Cafe, in the Hamden neighborhood where I like to go for lunch when I’m stuck or stale. I spread out my notes and pages, order the breakfast quesadilla, and get to work.

My dearest friend and I bought the cafe back in 2014 from my mother who originally opened the cafe in 2004. We focus on serving wholesome delicious food and we also specialize in children's books. In addition, we like to host workshops that further engage us with our neighborhood and community.
We have a few workshops for kids planned as well as two authors signings for February. All the events are live on our website and FB.